An Interesting Look At The History of LSD

“Turn on, tune in, drop out.” That timeless phrase is part of our collective consciousness thanks to writer and psychologist (and noted drug experimenter) Timothy Leary, who gained worldwide fame during the counterculture years of the 1960s. His words were – and still are – often strongly associated with a substance called lysergic acid diethylamide, better known as LSD.

LSD, a powerful psychedelic drug, is often called acid, blotter, California sunshine, dots, Electric Kool-Aid and countless other colorful nicknames, and it’s been sold on the streets since the tumultuous years of the early 1960s. And as Leary’s words imply, it’s a drug that has a fascinating (and sometimes, terrifying) effect on human biology, creating sort of chemically-derived spiritual exploration that shifts mental and emotional perspectives…for better or for worse.

Who Made LSD? And When? 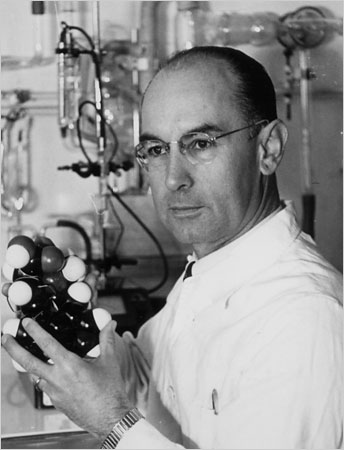 In 1938, a Swiss chemist Albert Hofmann first synthesized LSD as part of a project for Sandoz, a pharmaceuticals company. Hofmann was working on a research project involving a parasitic fungus called ergot (known as Claviceps purpurea), which grows on rye.

Ergot’s official medical history began in 1917, when Swiss biochemist Albert Stoll (Hofmann’s superior) managed to isolate ergot and developed a drug marketed as Gynergen, which was used to halt post-childbirth bleeding. Then, ergot researched was essentially mothballed until the 1930s, when Hoffman, searching for a new project, delved into ergot at Stoll’s urging, hoping to find further medicinal for the substance.

While deriving different compounds from lysergic acid, Hofmann developed several medicines, including drugs that lowered blood pressure and improved brain function in the elderly. In 1938, Hofmann derived the 25th in a series of these derivatives. It was lysergic acid diethylamide, or LSD-25. He thought that LSD-25 might stimulate breathing and circulation, but subsequent tests didn’t show anything real potential, and further study was abandoned.

Five years later, Hofmann’s thoughts returned to LSD-25, and so he synthesized another batch for further testing. During the process, however, Hofmann began to feel strange. He stopped his work and went home early, “being affected by a remarkable restlessness, combined with a slight dizziness.”

While at home, he was in a “dreamlike state” and “perceived an uninterrupted steam of fantastic pictures, extraordinary shapes with intense, kaleidoscopic play of colors” [At the time, Hofmann decided that he must’ve gotten some of the experimental solution on his finger. (Later it was determined that he must have touched his finger to his mouth, as LSD can’t be absorbed through the skin) [source: Hofmann].

The next day, Hofmann did something extraordinary — he purposely dosed himself with the solution. He took 250 micrograms, 10 times more than today’s typical minimum dose. In short order, he became delirious and could barely speak. Initially he panicked and asked his laboratory assistant to call a doctor. The doctor could find nothing wrong with Hofmann other than the fact that his pupils were dilated, his blood pressure, heart rate, and respiration were all normal. Soon his panic gave way to euphoria, and Hofmann once again perceived beautiful shapes and colors. The next day, he told others at Sandoz about what had happened, and they experimented too.

After LSD was popularized by individuals such as psychologist Timothy Leary, it was forever tied to the ‘60s counterculture. But the Western intelligence community and the military saw it as a potential chemical weapon. In 1951, these organizations began a series of experiments. US researchers noted that LSD “is capable of rendering whole groups of people, including military forces, indifferent to their surroundings and situations, interfering with planning and judgment, and even creating apprehension, uncontrollable confusion and terror.”

Experiments in the possible use of LSD to change the personalities of intelligence targets, and to control whole populations, continued until the United States officially banned the drug in 1967.

Check out our microdose 1P-LSD Kits!

<<< Back to The Beyond Blog

PrevPrevious PostHow Much Did You Know About the History of Psilocybin Magic Mushrooms?
Next PostVancouver Company Completes First Legal Harvest of Psilocybe MushroomsNext

How Much Did You Know About the History of Psilocybin Magic Mushrooms?